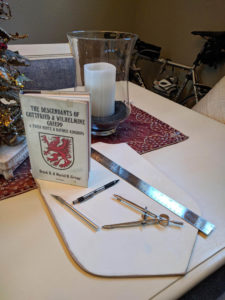 During a recent visit to the Texas Renaissance Festival, our boys set their hearts on shields. These weren’t the high-dollar shields gilded and adorned and safely on display in one of the many weapon shops at the festival. They were the high-dollar cutouts of pine, void of decoration and character. I placated our 8-year-old son, saying I would make him a shield at home. I knew I could easily make a simple shield to match the one he had set eyes on at the festival.  My heart, however, was set on making something grander.

In the days that followed I set out to make a shield with our family crest—with gold,  and leather, and…well, the project grew as I jumped in, cutting out the basic shape and pondering my next steps.

In 1980, my great uncle, Col. Frank Griepp, published a wonderful gift to our family. A genealogy book that is more than a neat outline of names in their proper order of descent. It provides a view into my family history and the geographical, economic, political, and intellectual undertones that surrounded my family history.

While we generally consider Gottfried Grip, born about 1800, the first generation of our family line, early references of our family name date back to the mid 1200’s. It served as a house name in Germany, giving homage to the griffin bird. A century later we see the name in Sweden. “At the head of the great men of the Swedish realm was the Lord High Steward Bo Jonsson Grip. He owned more land than any other, over 2000 farms, but was a warm friend of the church”.  (Source: A History of the Swedish People, Volume 1) According to the Frank’s research, Bo’s name, Grip, came from the griffin he wore on his coat of arms. He built his home on an island in Lake Malaren, just off the town of Marienfred, and called it Gripsholm.

So it is that our family has maintained the image of a griffin on our family crest. This particular rendering comes from the Province of Pomerania. 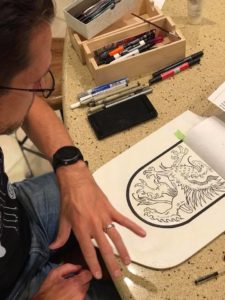 Once the blank of the shield was cut, sanded, and painted, I set to work on drawing the outline of the Pomerania griffin. The bold lines of the drawing were filled out with artist pens. The children checked in frequently with great interest to find out when I would be finished.  As I worked on the project, our daughter began crafting her own design—a lovely rose with a green vine climbing the stem. 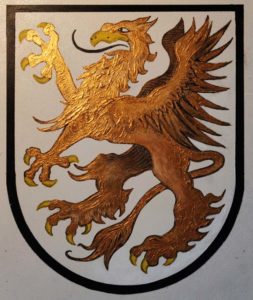 While I maintained the form of the original design, I changed up the colors; replacing the red with an iridescent gold. The painting was completed with time to spare before Christmas, the time I had appointed in my mind to gift the shield to my eight-year-old son. (Our youngest was to receive a simpler version that wouldn’t betray—when it came time to his first battle—the time spent building it.) It has been near seven months since I last worked on the shields.  The boys are still eager to know when they will receive them. My holdup is that I am not ready to send the shield with its coat of arms into the battle of play. This, I suppose, is part of the reason I have not yet tempered its edges and fashioned it with a leather arm hold and handle. I will get to this work and I will gift the shields to my boy, but, not before making another of the simple designs.  This one will likely be mounted on the wall of my young knights’ chamber. 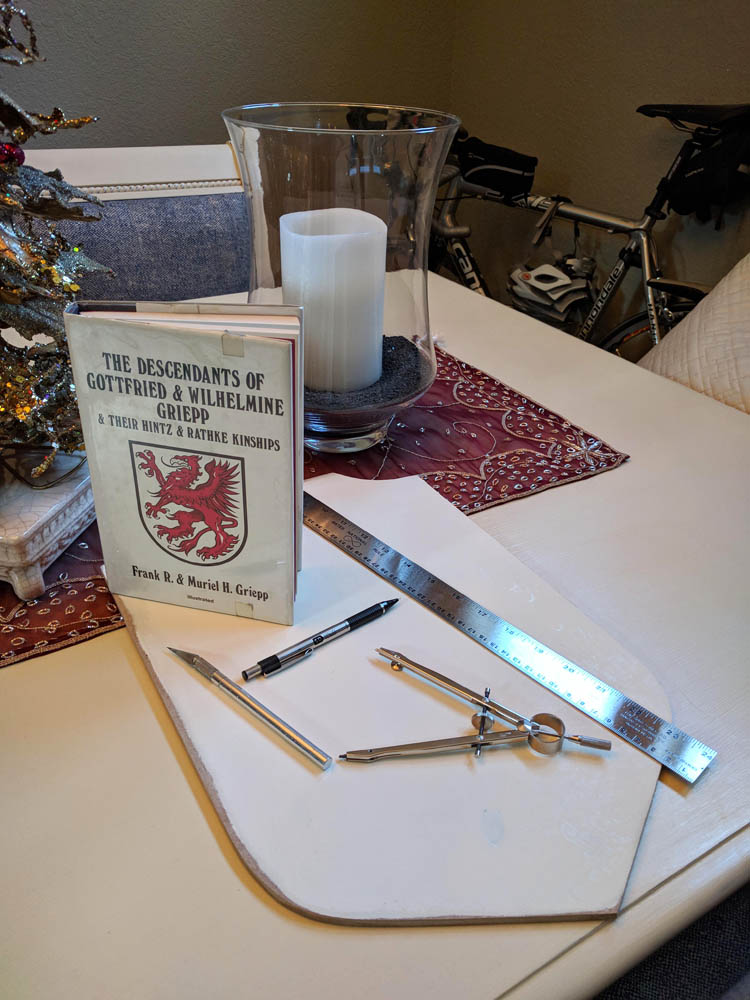 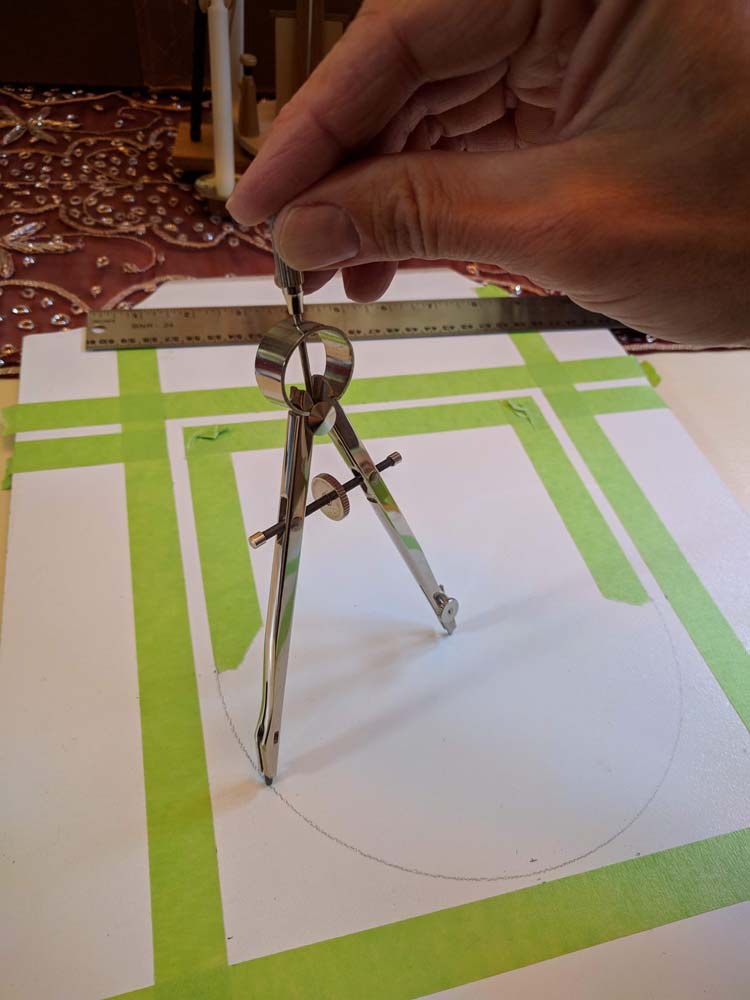 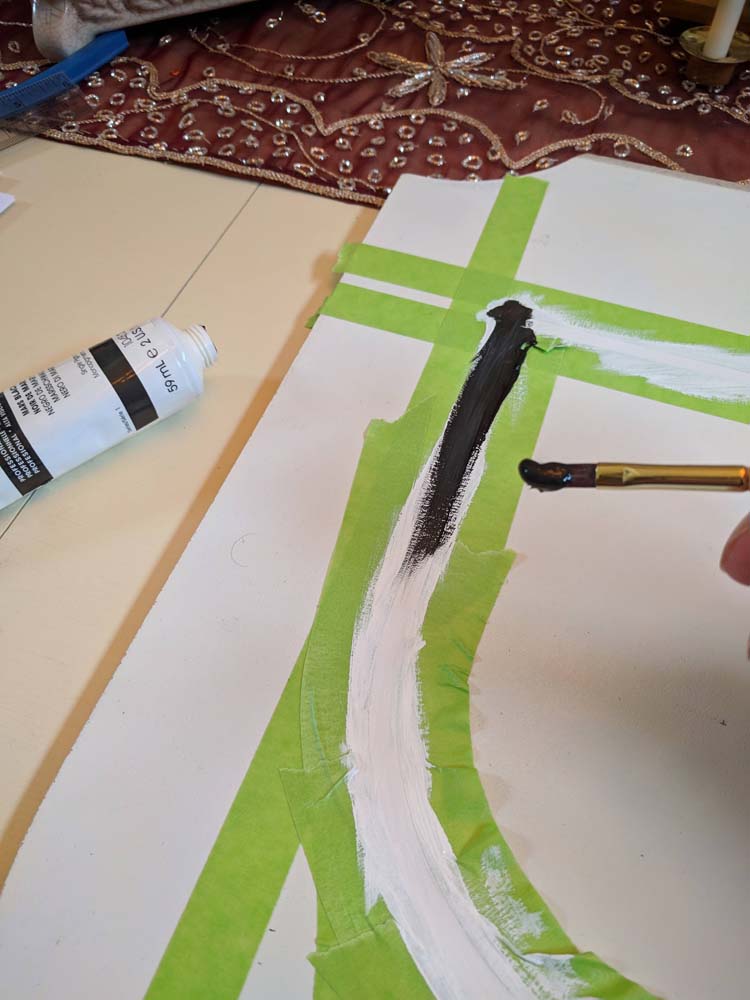 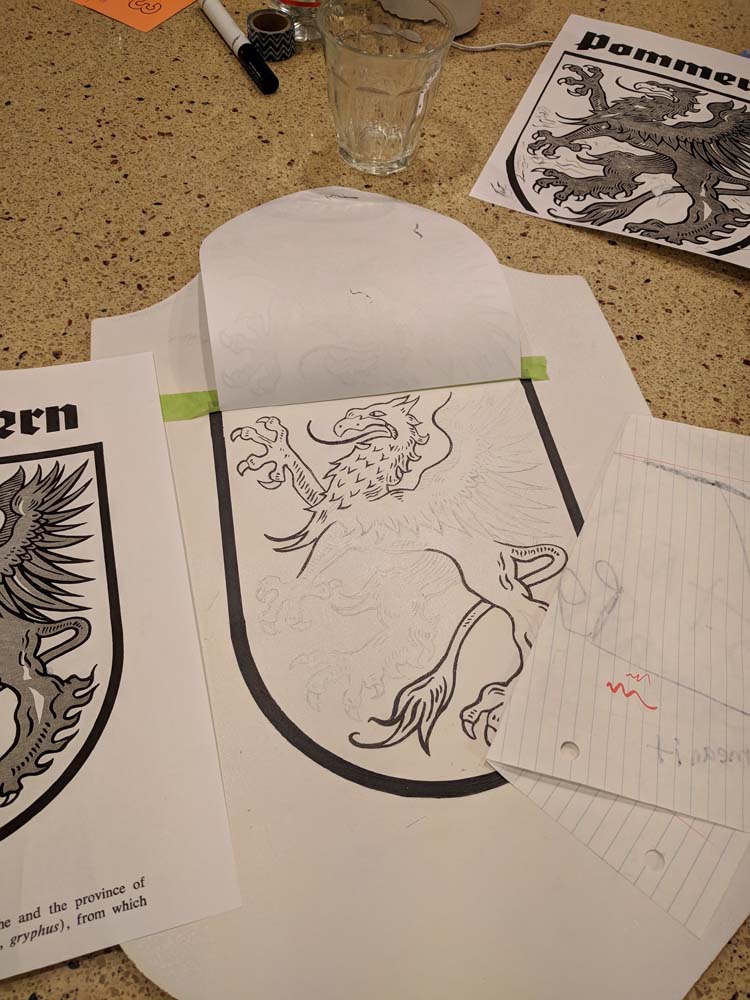 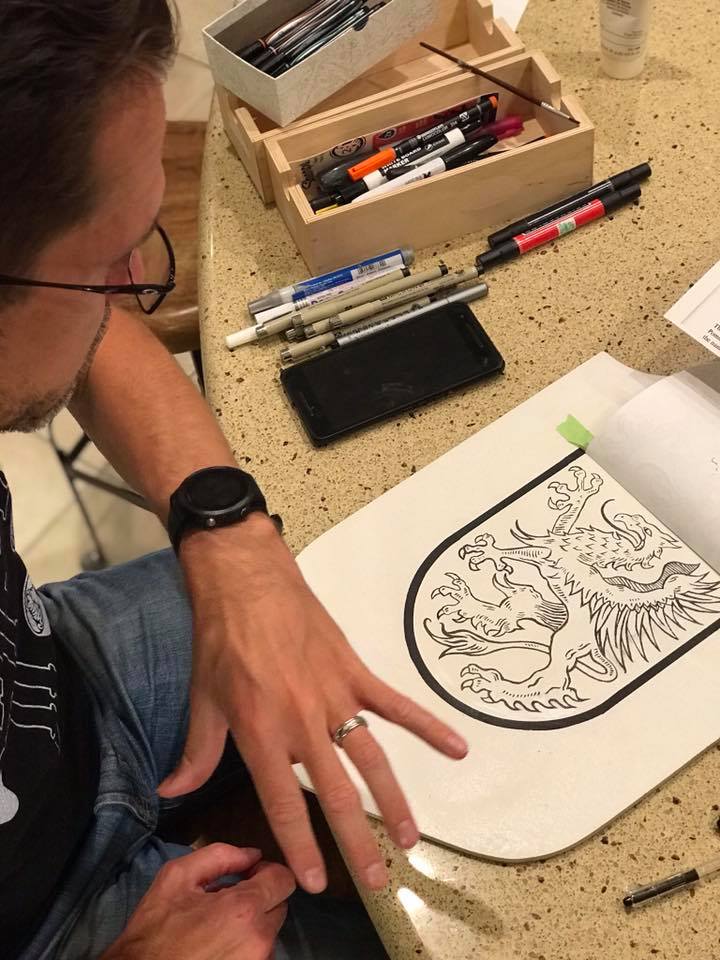 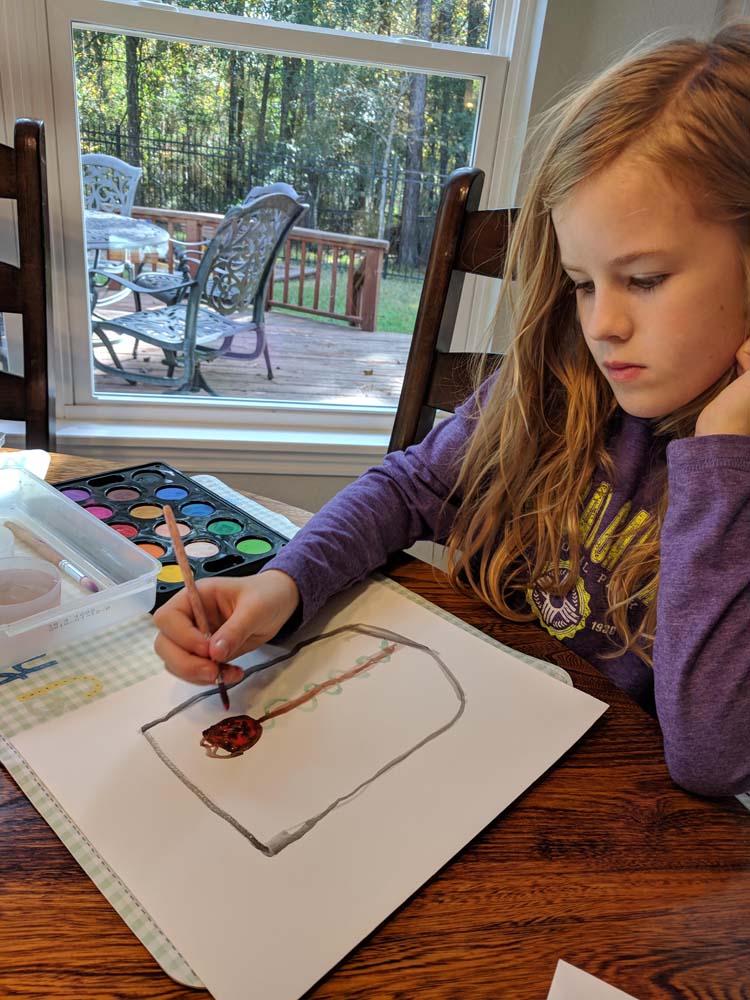 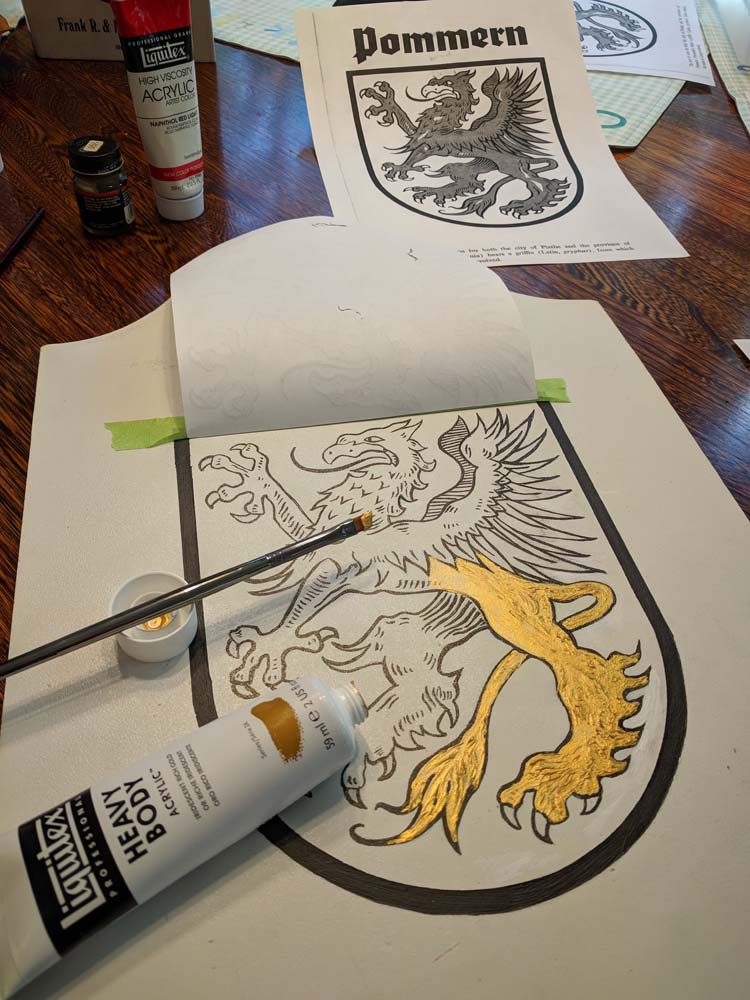 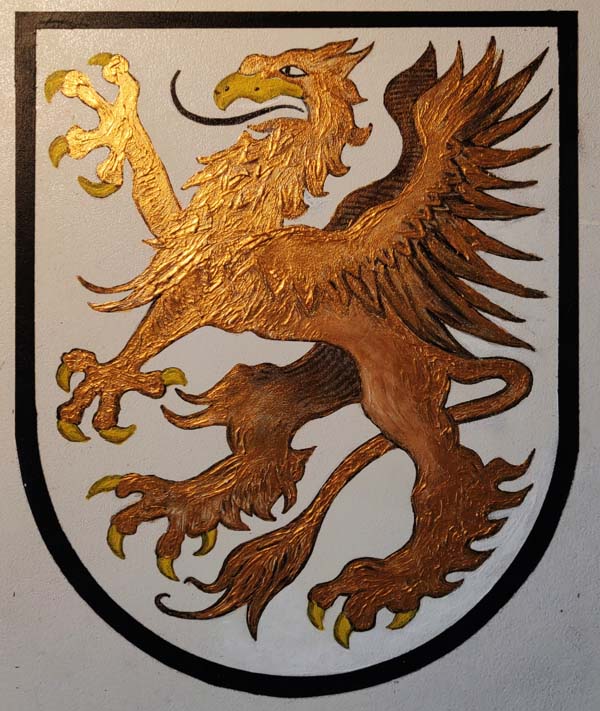